Always Believe Something Boo-Tiful Is About To Happen

Halloween is not well known in Greece, and thus the tradition of dressing up in costume and offering tricks and treats isn’t a popular thing to do in Athens on October 31st. But this isn’t the case for all the North Americans living in Greece, and to the American couple who came to us to plan a creepy and festive All Hallows Eve dinner party! Jon and Sara wanted to plan a perfect Halloween dinner party for their Greek friends and we made sure to include all the fun and spooky traditions so that this dinner party in Athens would be a night to remember.

Jon and Sara welcomed their friends with creepy Gothic music to set the eerie mood and create the perfect Halloween atmosphere. Each guest was welcomed by Sara (who was of course dressed in full costume!) with a themed cocktail; the Smokey Cosmopolitan was ‘blood’ red and orange in color and served in elegant martini cocktail glasses. To add to the already creepy atmosphere, each guest was asked to share a scary story or one of their most terrifying personal experiences; and this is exactly what they did – a frightful story to accompany their bone chilling cocktail!

Despite the spooky nature of this Athens dinner party, the place settings and table decorations were elegant and unique – they created a beautiful visual that perfectly brought Jon and Sara’s Halloween party together. Amongst the decorated burgundy goblet glasses were gloomy red and purple flowers with some flowers partially hand painted with black accents to create a more mysterious and dark atmosphere; lots of candles were used throughout the decor for the perfect mood lighting. A black net table runner was placed under the red and purple flowers with lit candles, which were placed on an elegant silver mirror tray – this created the perfect table centrepiece and added an extra touch of spookiness through the reflection. Candelabras dripping in wax were placed between the centrepieces to make Jon and Sara’s space resemble a haunted mansion. Each place setting had a name tag with two skull image designs, pink for the ladies and black for the men, placed over a purple linen napkin. For a final and unexpected spooky touch, as guests took their seats at the dinner table – smoke came out of their glasses as if it was poison!

It wouldn’t be a traditional Halloween party without lots of sugar and sweets, so a sweet & savory dessert bar was mandatory and it didn’t go unnoticed. Coffin shaped cheese on a graveyard decorated platter, surely spooked and impressed guests as they came in for a bite! Baked cookies in the shapes of bats and skulls, decorated cupcakes like ghosts, bulging eyeball cake pops and a large bloody, horror red velvet cake, all sat amongst black tulle, cob webs, bats and toxic bottles filled with ‘venom’ ready to be eaten!

Jon and Sara, and their friends couldn’t have had more of an amazingly eerie evening. We hope to reunite such great friends for their next traditional Halloween Dinner Party in Athens! 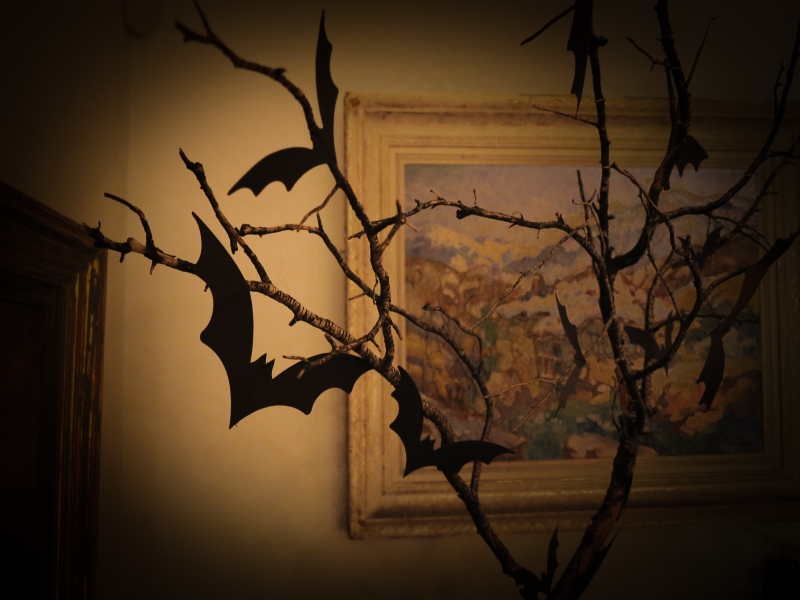 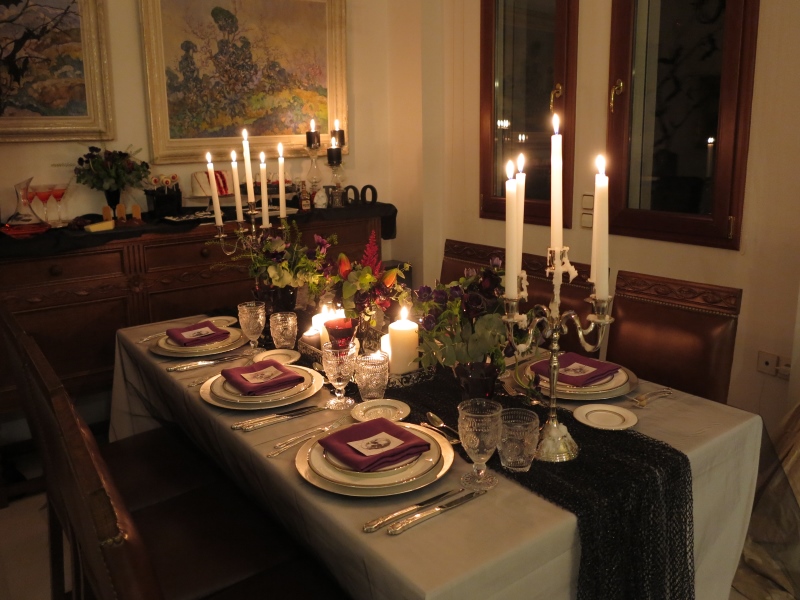 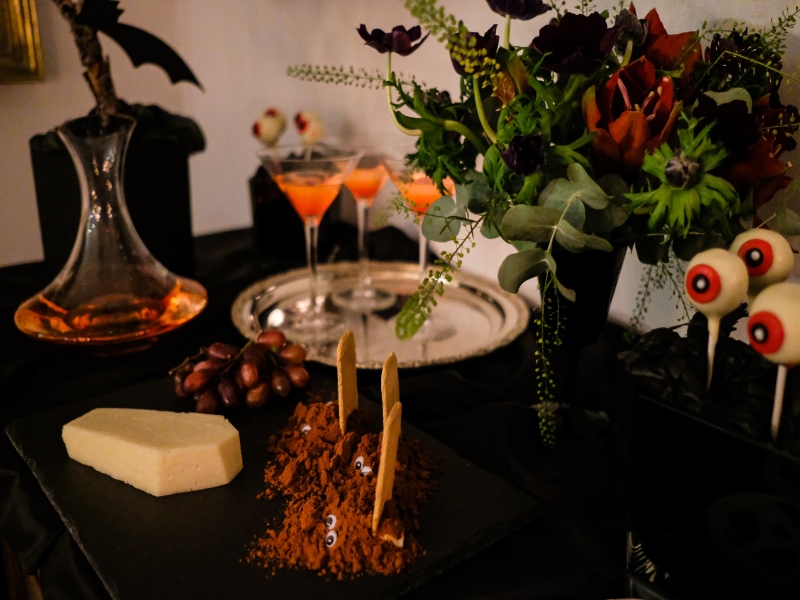 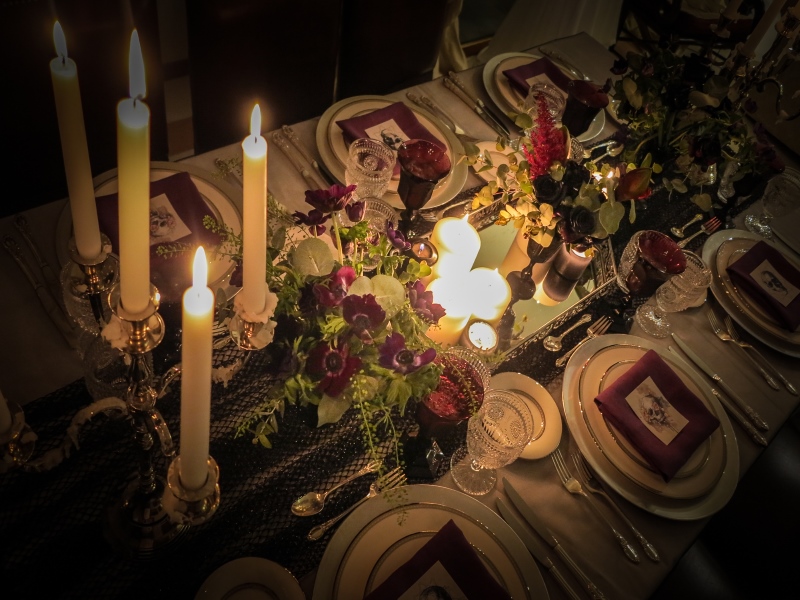 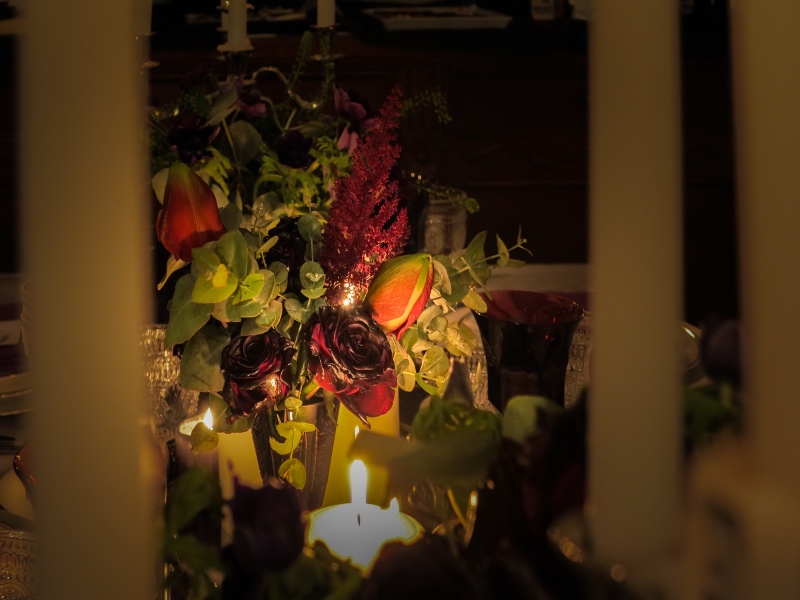 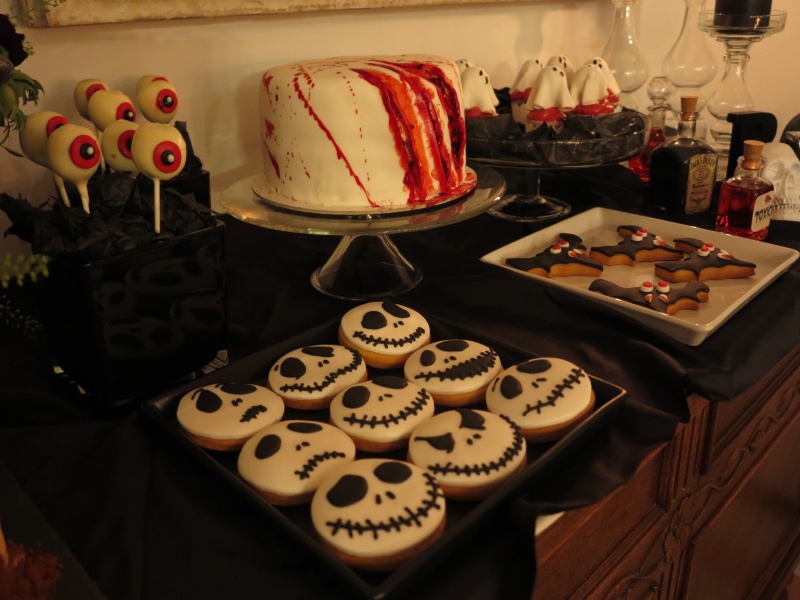 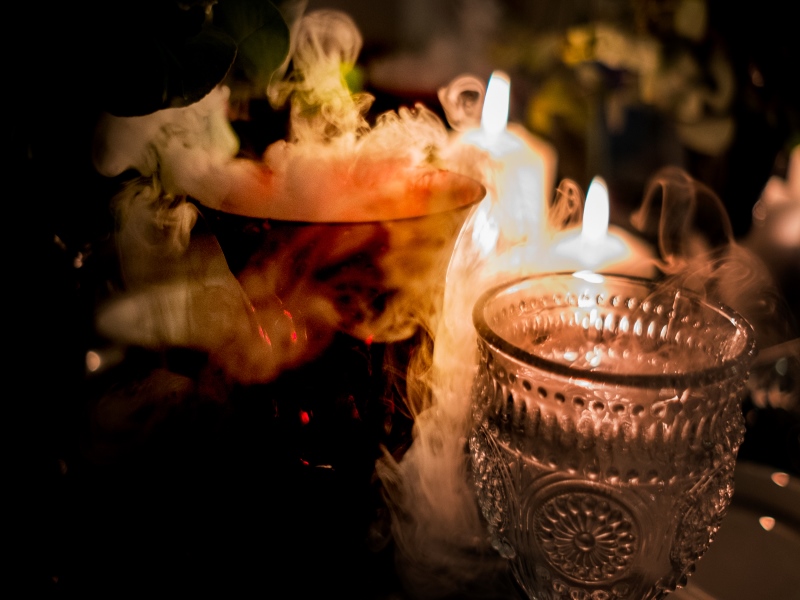 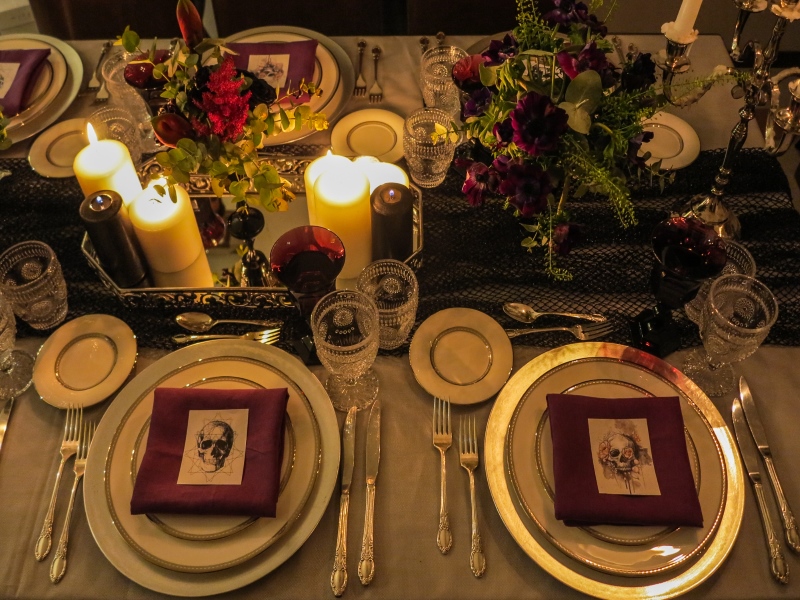 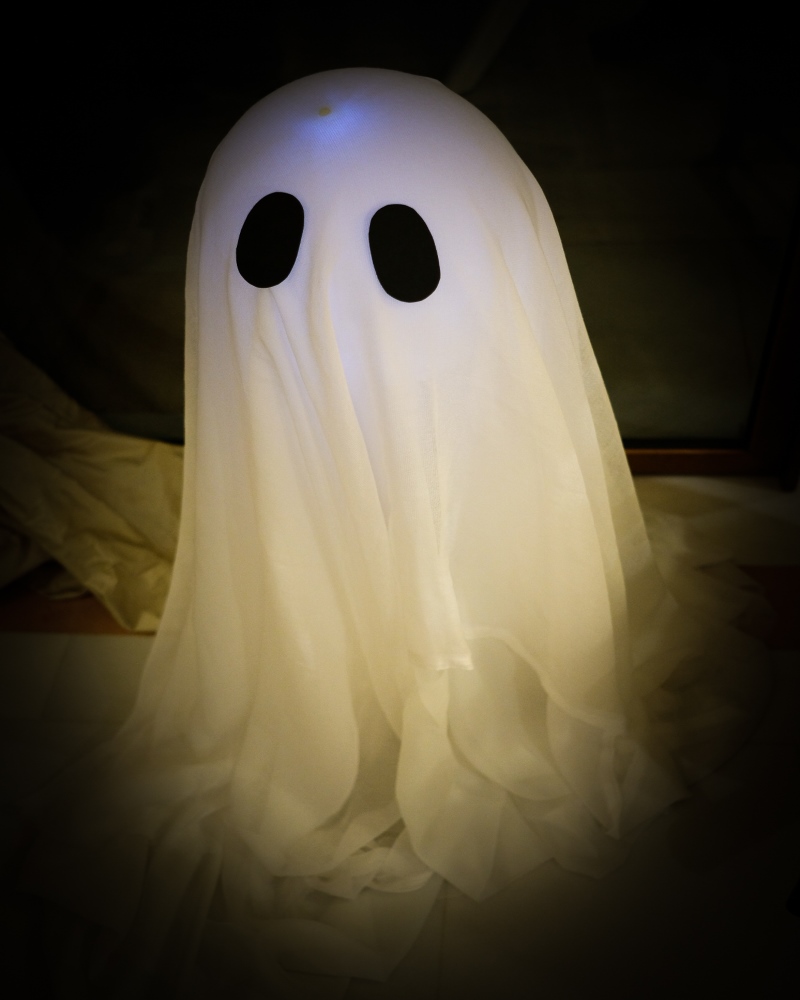 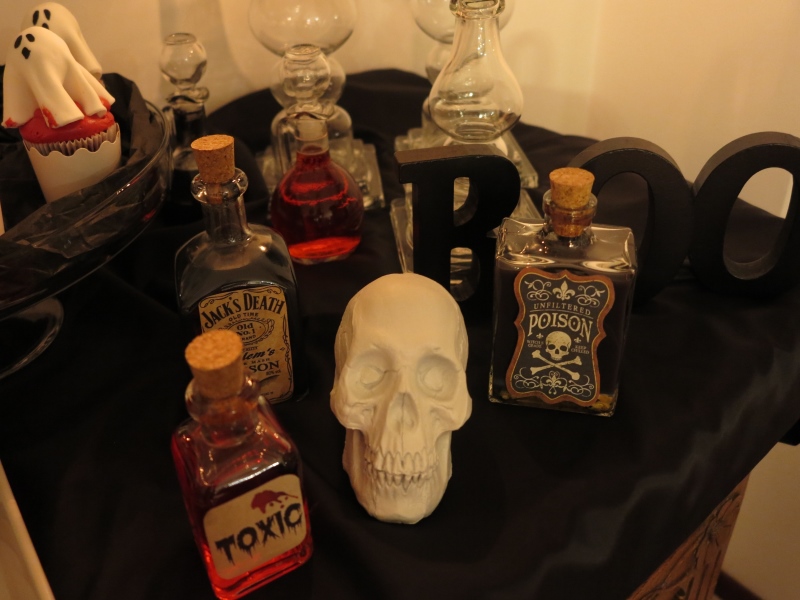