SHE ASKED & SHE SAID YES!

A Yacht Proposal in Chania, Crete

Rachael from Austin Texas was longing to propose to her best friend, Greek origin Sophia. She reached out to us to help design the dream proposal during their stay in beautiful Chania, Crete in mid-October. Rachel mentioned how Sophia adores Greece, the crystal-clear waters and boats and sunsets, so a wedding proposal on a private yacht at golden hour was absolutely ideal.

Without further ado, we made all the arrangements with a local photographer and florist as we only had a couple of weeks to plan everything.

As with all our clients, we love to bring out our couple’s personality in all their events, so we asked Rachael what Sophia’s favorite flowers, colors and décor style were as well as her dessert preferences.

Rachael expressed that Sophia really likes the Cycladic feel – blue and white, clean, but also enjoys chic boho style settings, as far as florals go, she loves Hydrangeas and rich evergreen and we were given a special request to have a couple of sunflowers which was symbolic to their relationship. The desserts asked for where dark chocolate, vanilla marshmallows and sea salty caramel fudge – yum! We instantly pictured the whole setting and proceeded with all the preparations.

When the proposal day finally arrived, we made sure that Sophia would not hint the slightest, so we hid all the décor items in a separate cabin, disguised myself as a crew member and presented the photographer as part of the cruise ‘package’.

Rachael and Sophia had a blast, popping bottles the whole way, enjoying the weather and amazing views from the fly bridge. We reached the islet of Ag. Thodorou close by to Chania and the girls had a dip, drank some more bubbly, shared stories and laughed joyfully.

When it was time to propose, Rachael led Sophia to the front of the boat which we had secretly decorated. A stunning blue and white Hydrangea floral garland, the blooming sunflowers, a bottle of Moet & Chandon, marshmallows, chocolates and salted caramel bites beautifully set up with a wonderful backdrop of the sea.

The proposal was captured as Sophia “Said Yes!’’ and it was a beautiful moment for everyone! The couple continued the photoshoot, popped the champagne and indulged in all the delicious desserts.

Meanwhile, the dinner table was being set up at the back end of the boat where they would enjoy some traditional Cretan dishes. The boho element was more evident in setting – a macramé runner and cushions, wicker placemats with white tassels, crystal tableware and customized menus. In the middle, we had placed a beautiful centrepiece filled with Hydrangeas and dried flowers to blend in the boho element.

The couple came around following their photo shoot and it was a wonderful moment capturing their expressions and emotions.

This celebration was an incredible experience for them and the whole crew. We enjoyed ourselves so much. Congratulations to Rachael & Sophia on their beautiful engagement! 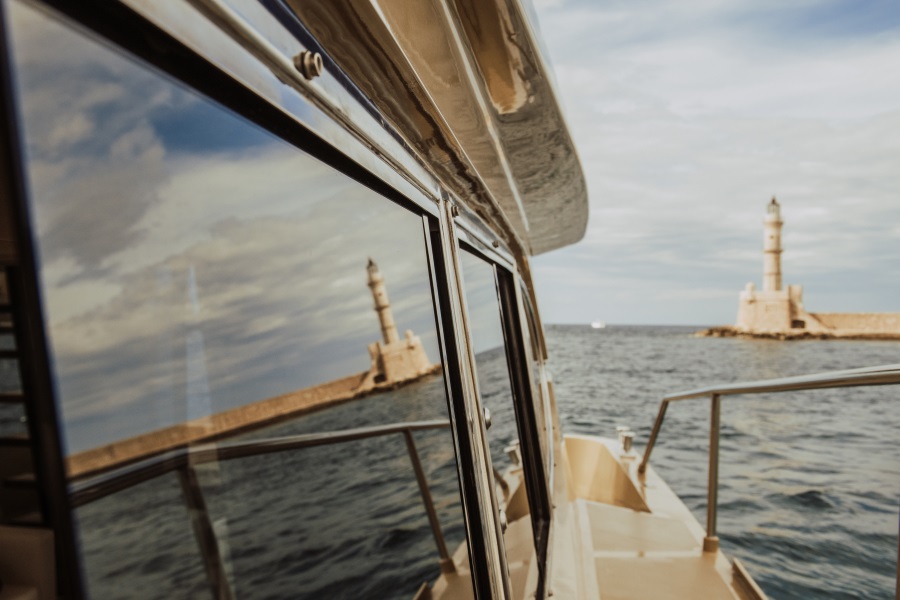 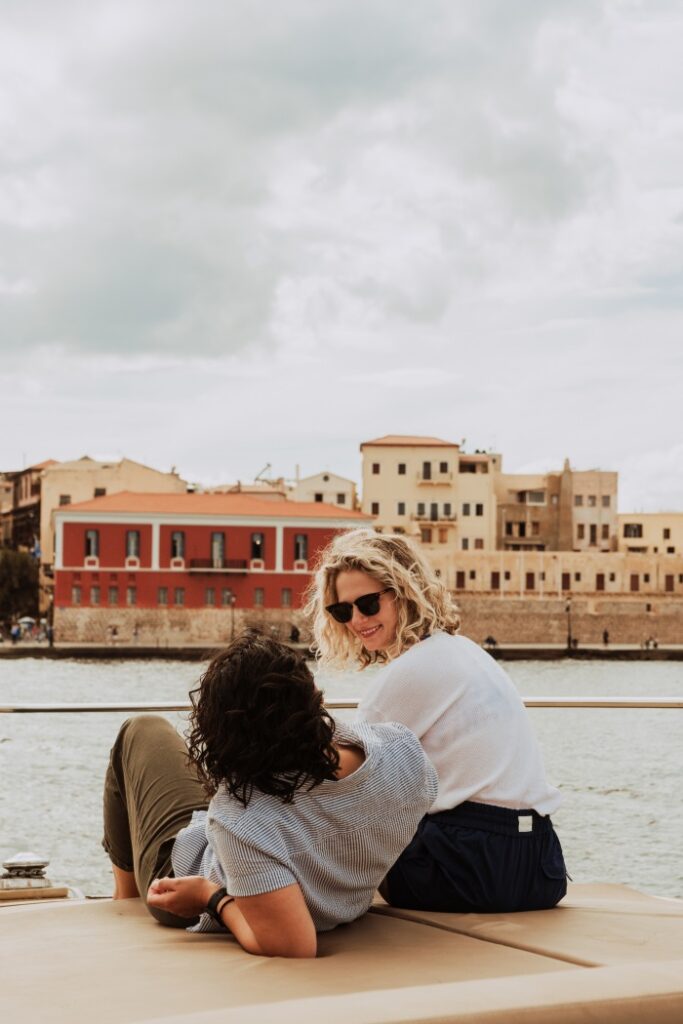 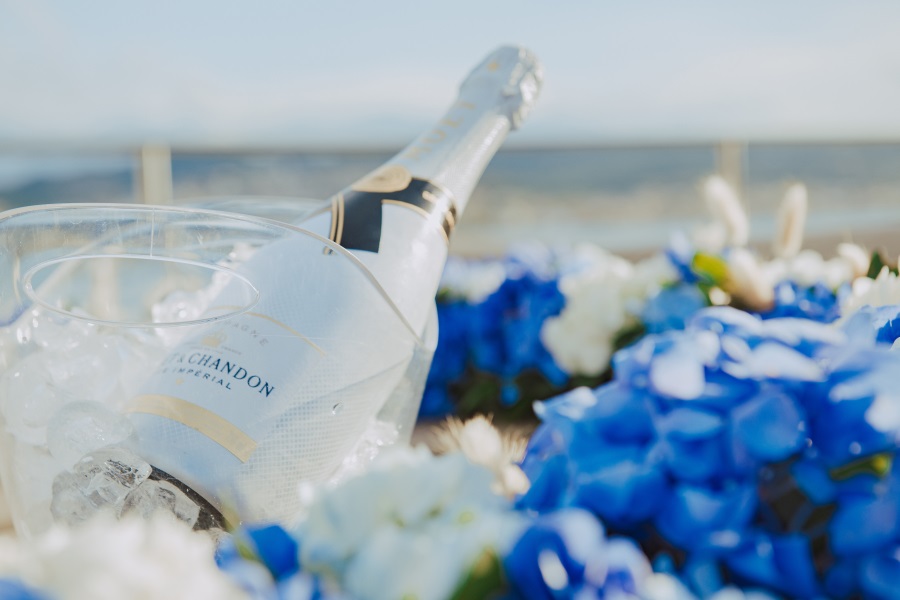 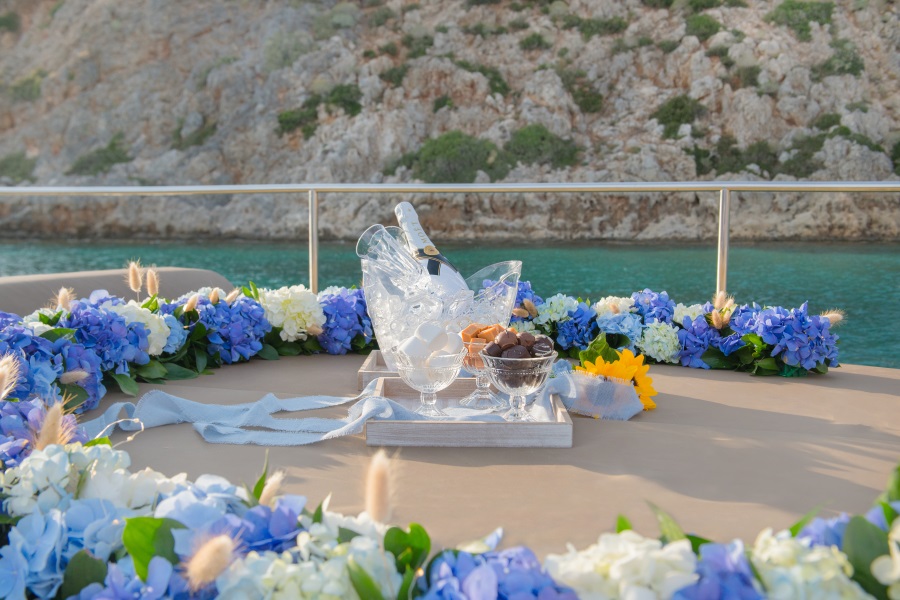 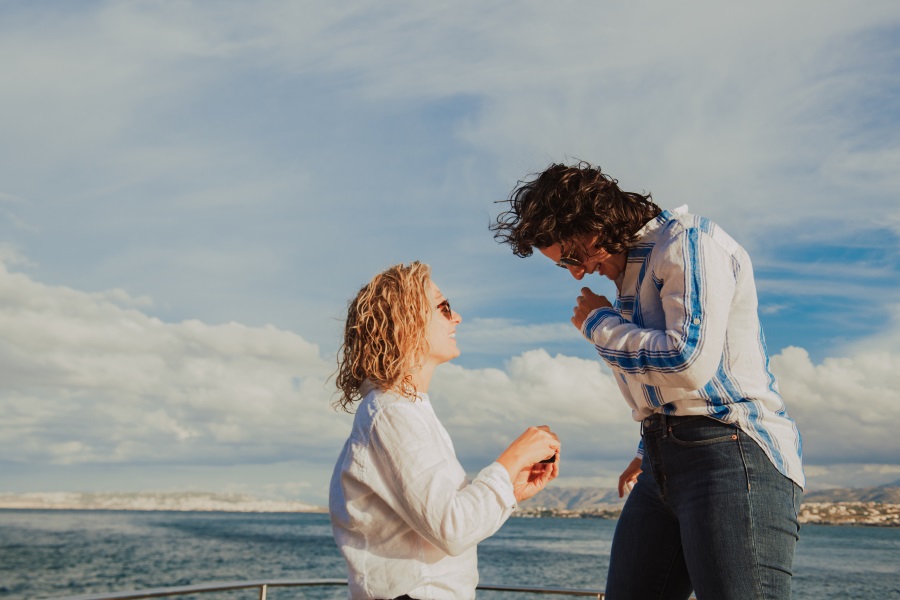 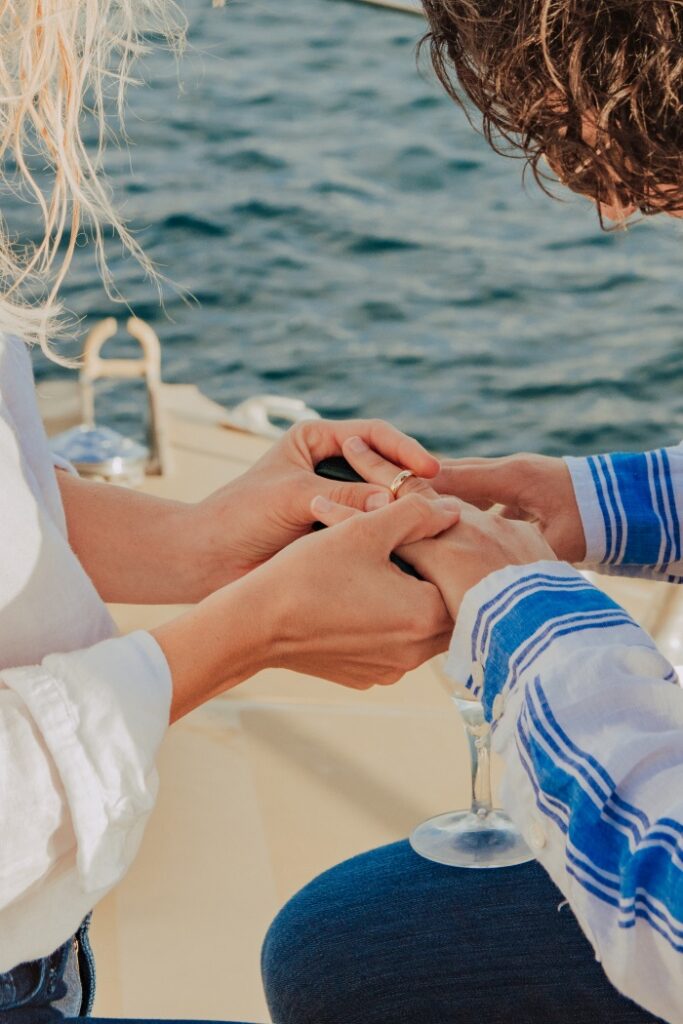 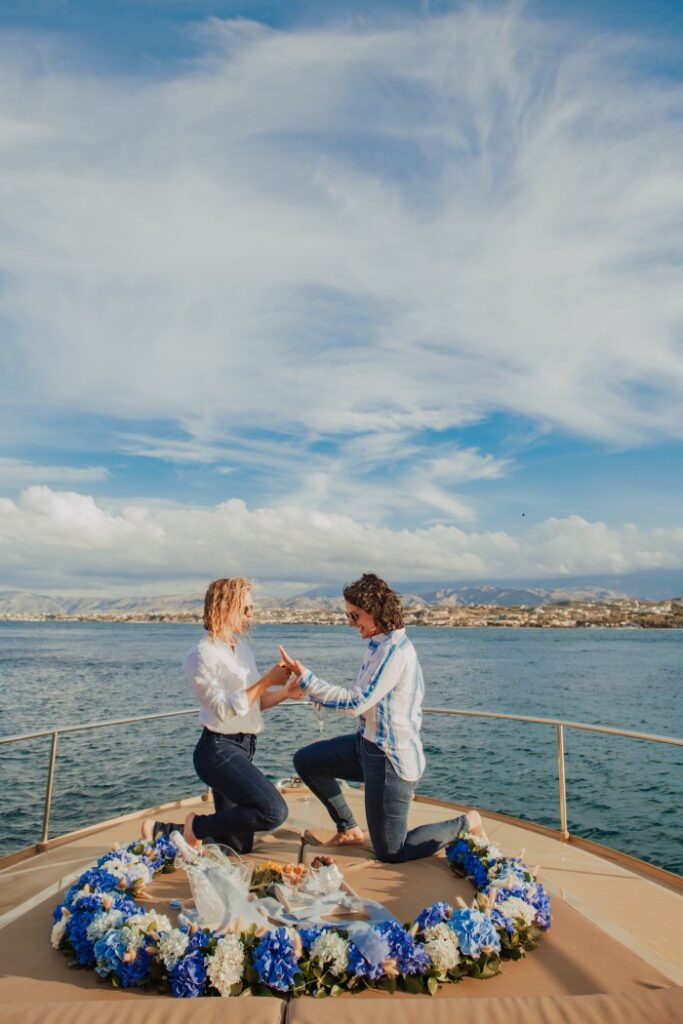 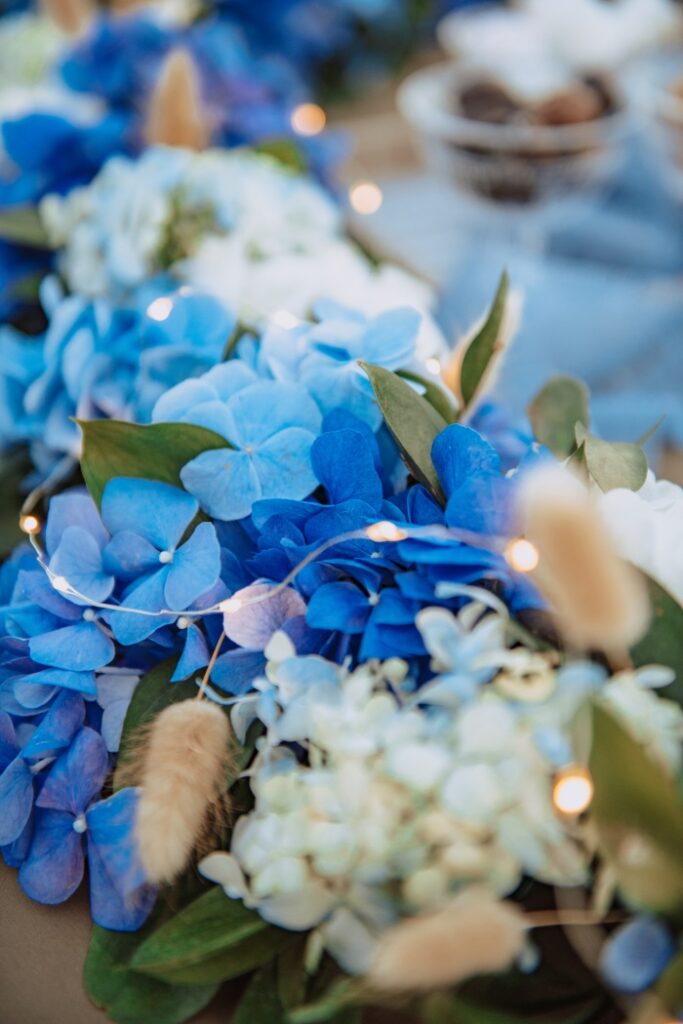 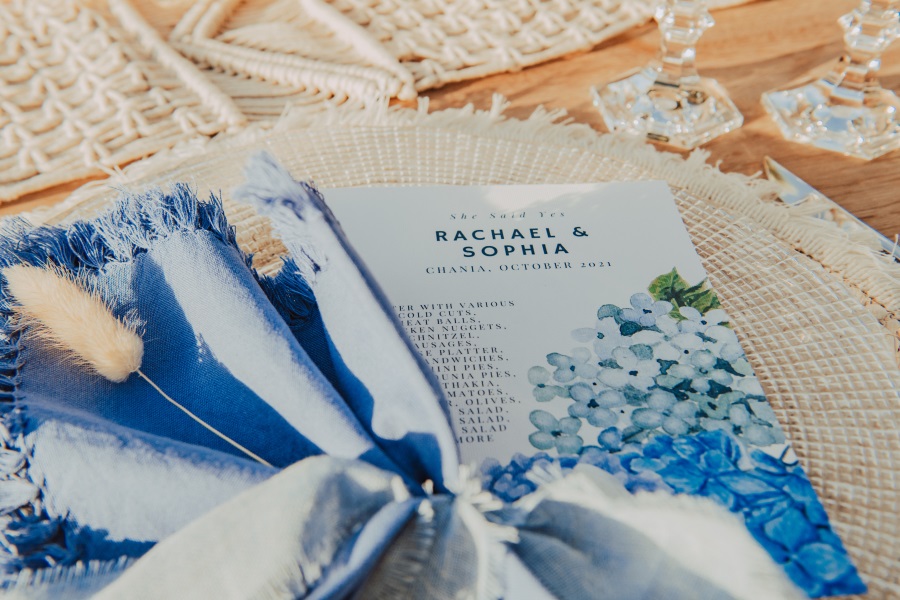 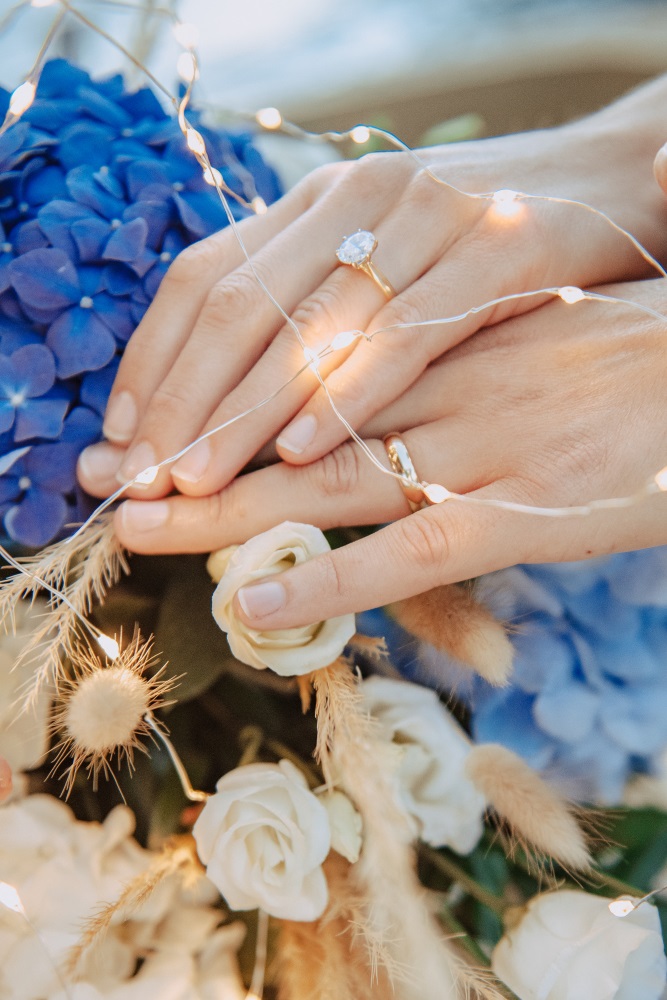 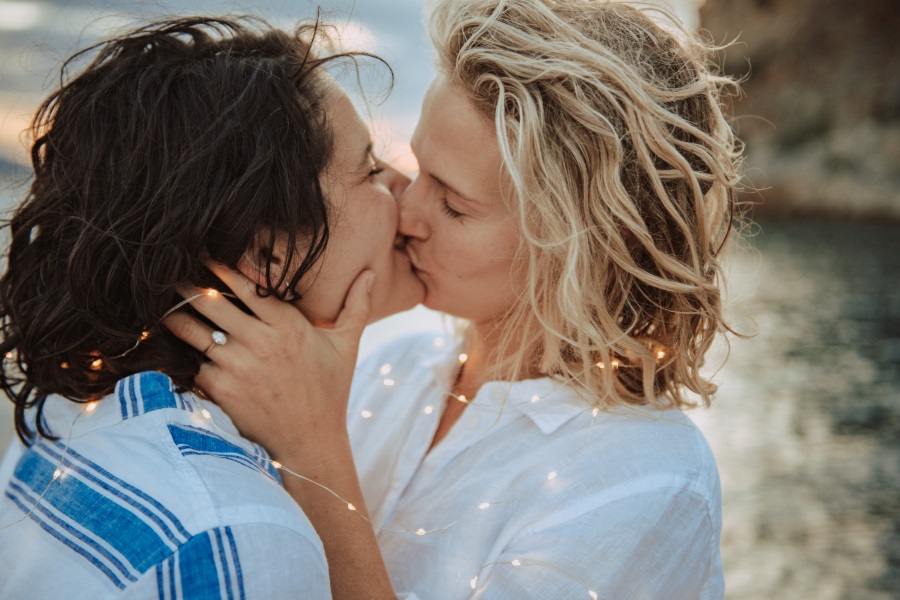 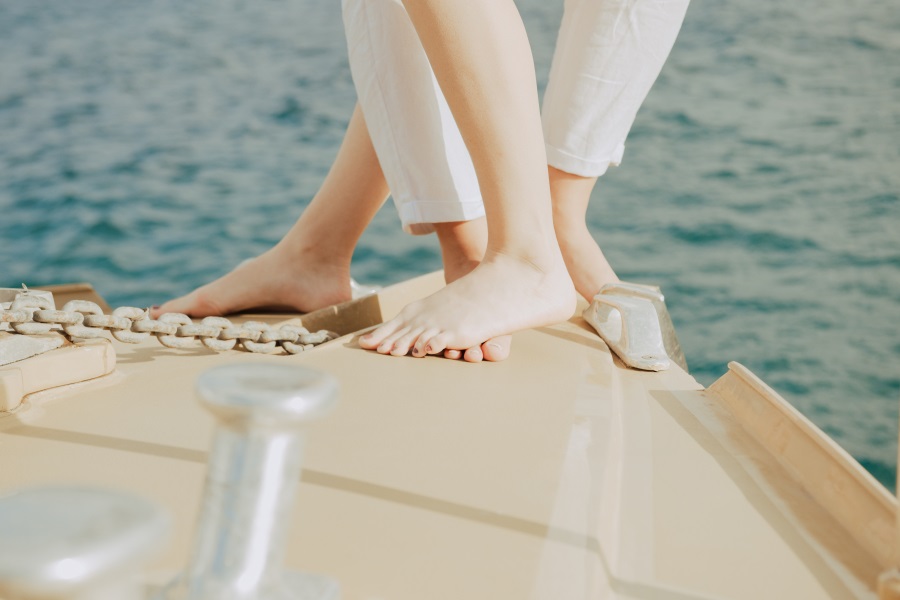 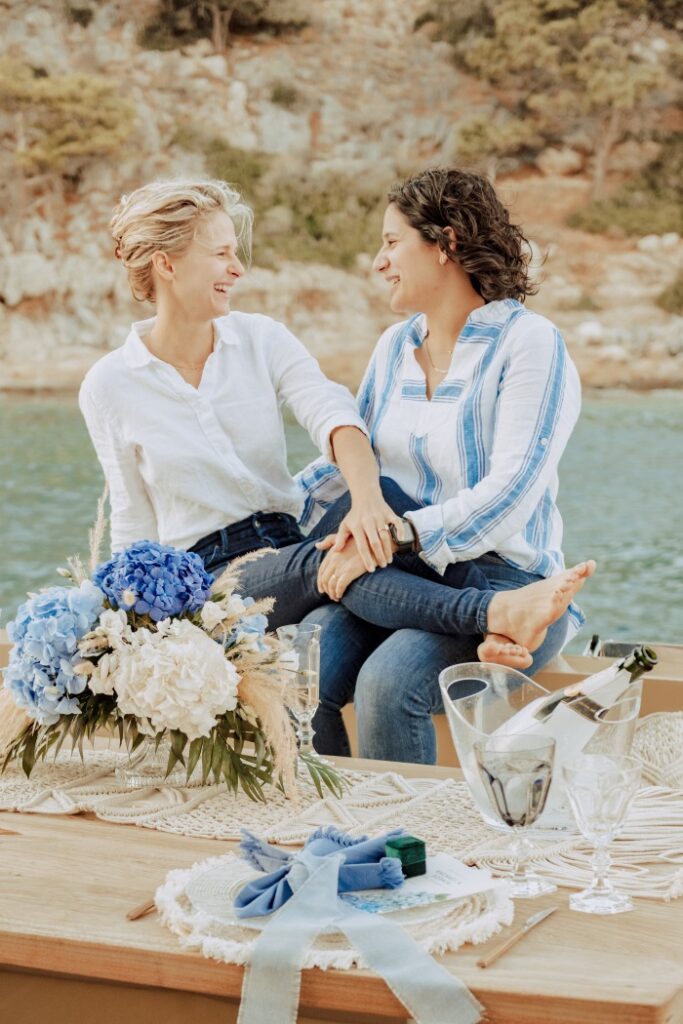 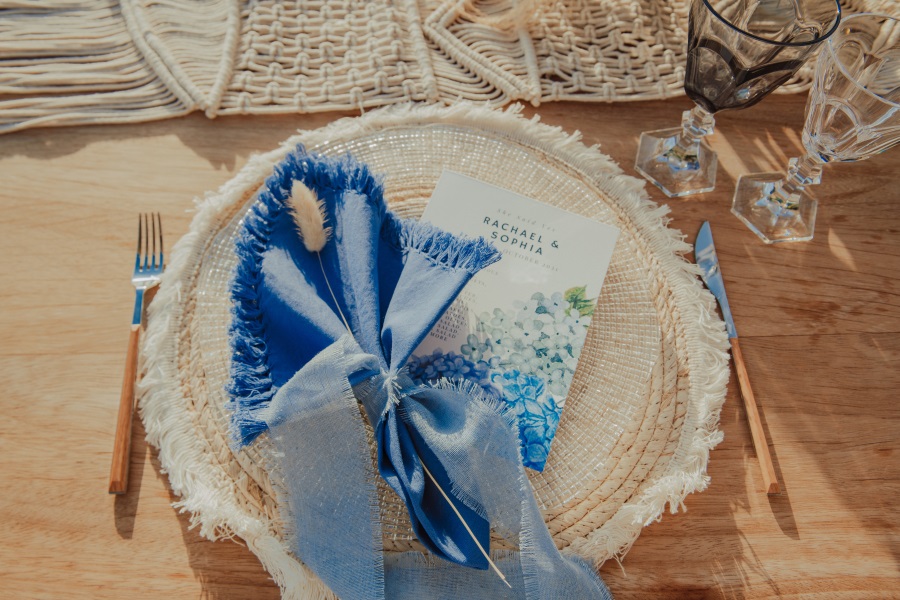 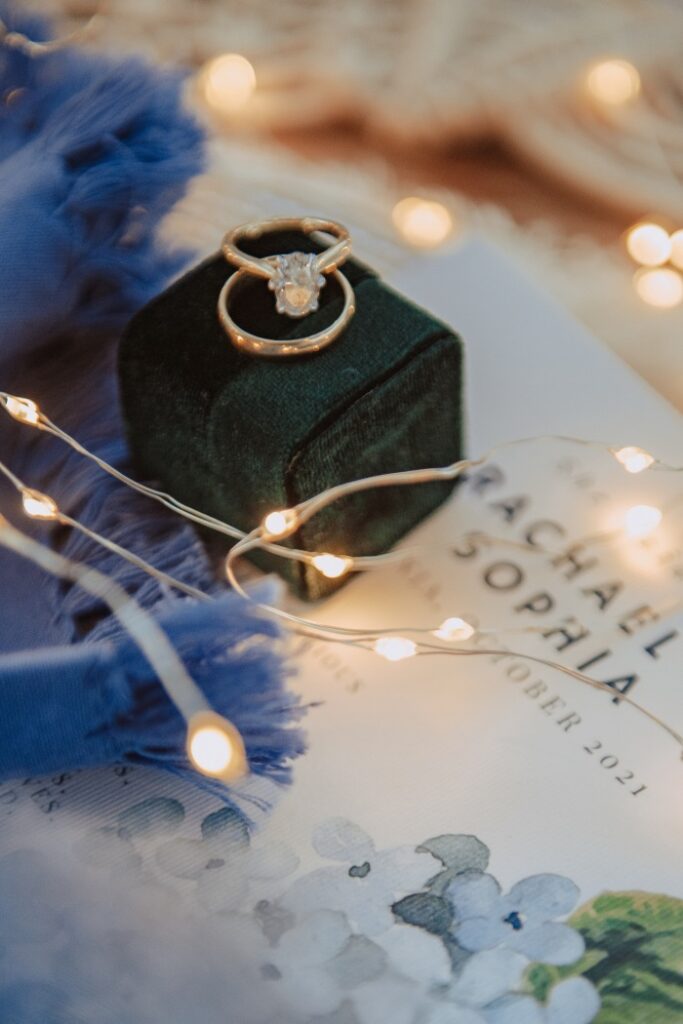 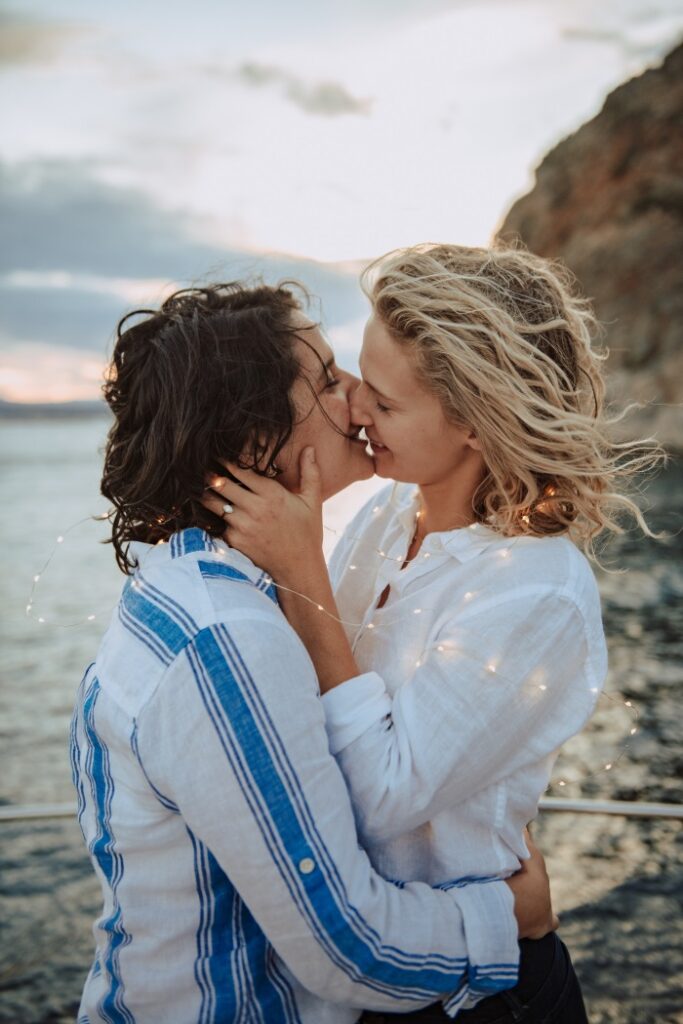 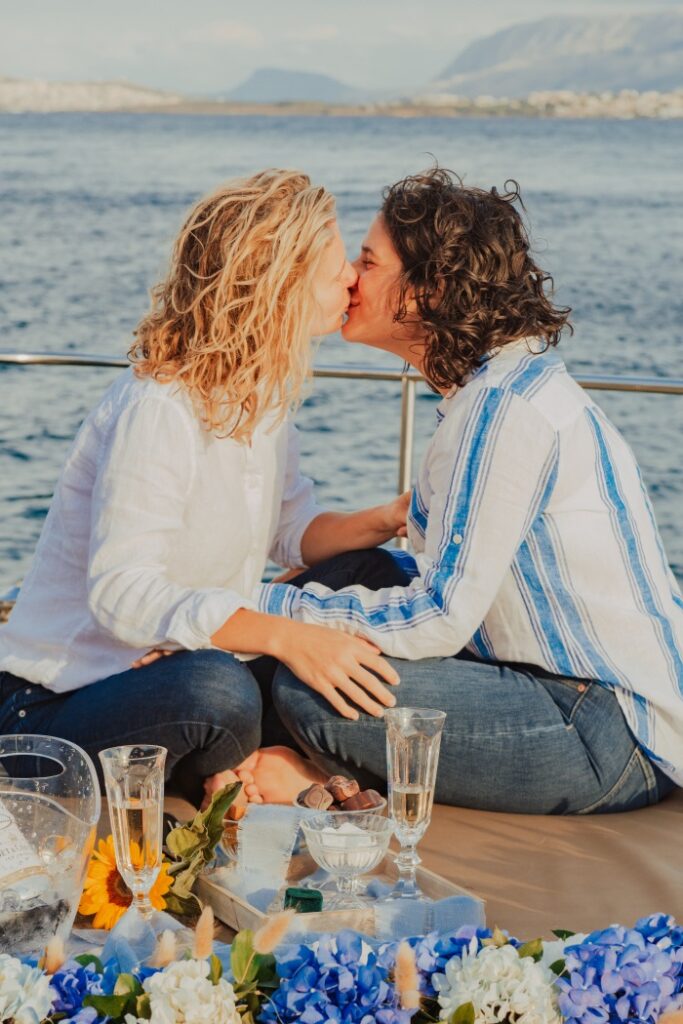 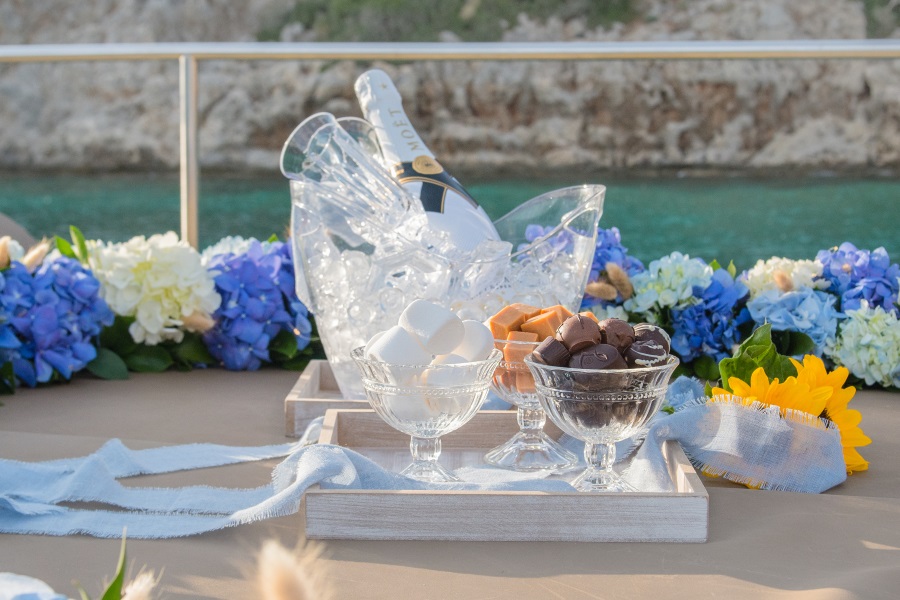 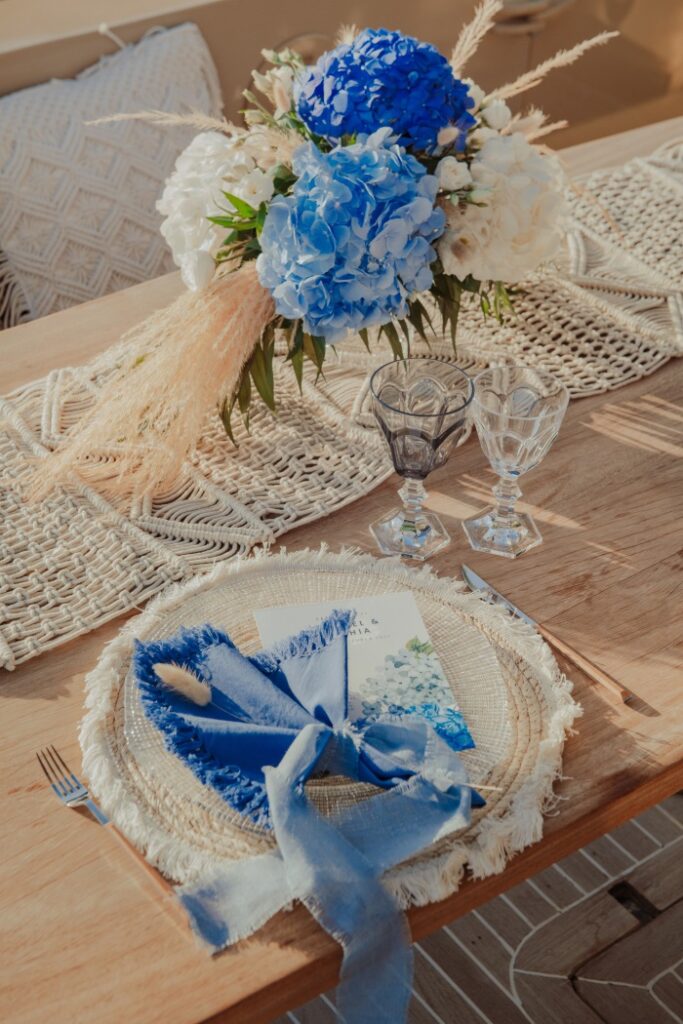 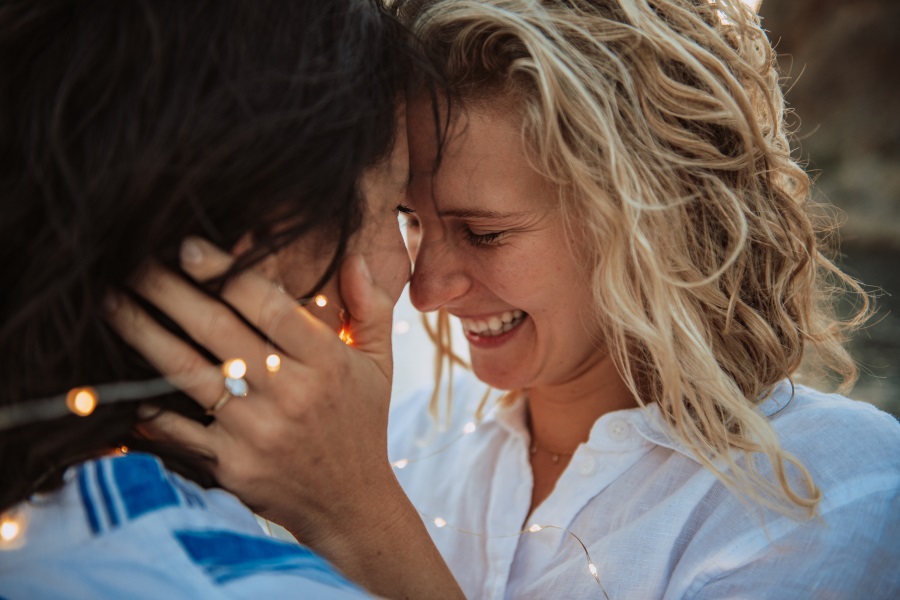 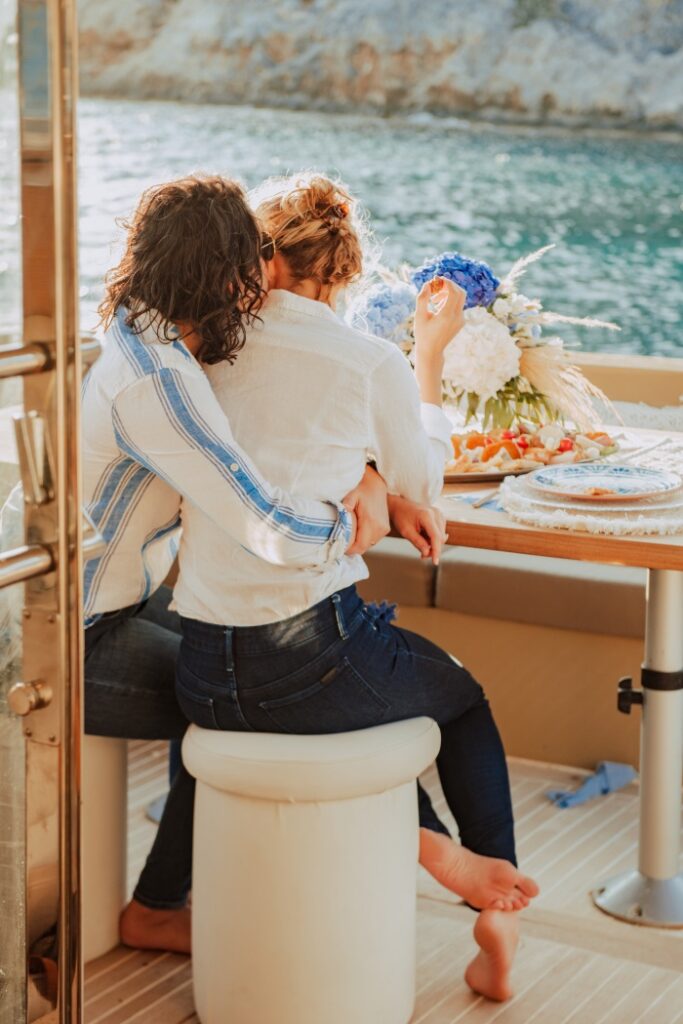 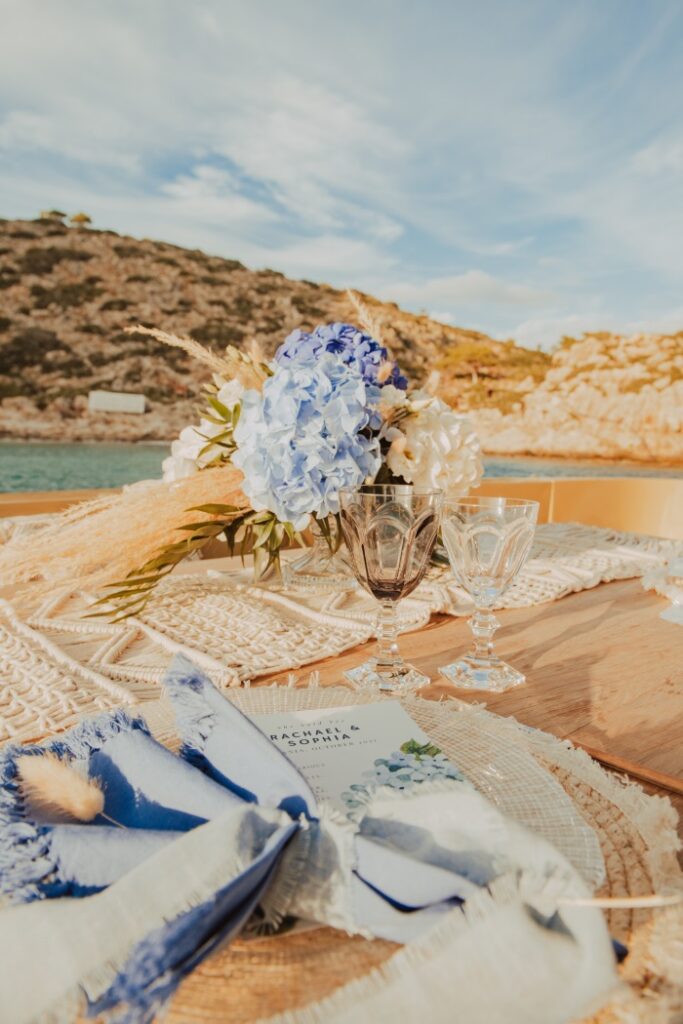 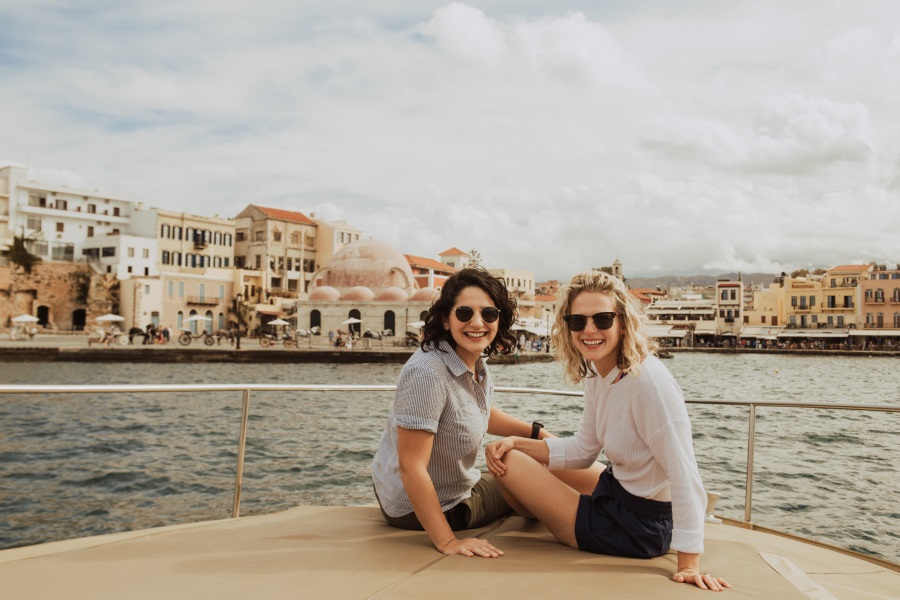